There's a prodigious stench in here

I slept like the proverbial log, got up, ate a couple of croissants, packed up, and then dropped the keys to the gite in the letter box at the tourist bureau.

I have sung the praises of the Offices de Tourisme before. They really go out of their way to be helpful. They find and book accommodation for you at no cost, and at Bourges, they copied 120 pages of my guide for Patrick for the nominal cost of two euros.

In England, however, the tourist bureau would find me a bed and breakfast, charge me 10% of the cost, and I would then pay the balance to the host. The tourist bureau had to have its cut, even if its role was to serve the tourist and support local business.

Similarly, in England you pay an obligatory voluntary donation to enter a cathedral whereas in France you enter freely because the state maintains the churches as part of its heritage.

Just after I left the Office de Tourisme, I passed the Lycee Jean Giradoux. Outside was a sign: "The regional council is building a gym for your lycee." It seemed to confirm what I was thinking.

I am having my morning coffee on a busy street leading in to Chateauroux. Two mechanised street-cleaners rumble by, the first removing debris, the second depositing them. I kid you not. Well, perhaps I'm stretching it a bit. Strings of school kids cross the road, shepherded by their teachers. A couple of municipal policemen stroll by, greeting the citizens. Ah, there goes another street sweeper on the opposite side of the road. Very noisy place this. And smelly. Cigarette smoke wafts over from the neighbouring table, and I'm assailed by the stench of perfume from the women who go in and out of the bar. There goes a fourth street-sweeper. This isn't getting me to Velles. I had better move on.

And speaking of stench, back in the gite, after his shower, one of the pilgrims applied some kind of nauseating body lotion which pervaded every part of the gite and especially the toilet. I am relieved that he is going further on today, but I'm sure I will know during the days ahead if he has gone before me. (He won't be reading this.)

All this reminds me of the Welshman with whom I stayed in residence at the University of Leicester many years ago. I'll call him Taffy. He was accustomed to having a weekly bath in the kitchen at home in the Valleys. He continued this weekly practice at the residence, and made up for missing daily ablutions by applying some kind of foul-smelling talcum powder. The stench grew as the week progressed. How we longed for Sundays!

I'm sure I stink too, but it's an honest pong, unalloyed by sweetly-sick body powder.

Now I am 12 kilometers further on, sitting on a bench having lunch in the forest of Beauregard. Didier told me that there is more forest in France than anywhere else in Europe. I am eating a ficelle and a rather ripe Camembert which will be even riper tomorrow. The sun is shining and the wind is soughing in the trees. The birds are chattering faintly. (I left my hearing aids in Canada.) All is right with the world.

A mosquito bites me. As I get up I realise the bench was damp. I have a wet bum. That's life.

I reached the little town of Velles just after two o'clock. It was a delightful walk, most of it in the woods. I am all alone in a huge gite with room for 30 people.

Last night I cut my alcohol consumption by 50%. I think that's why I slept so well. I'll try and do the same tonight. 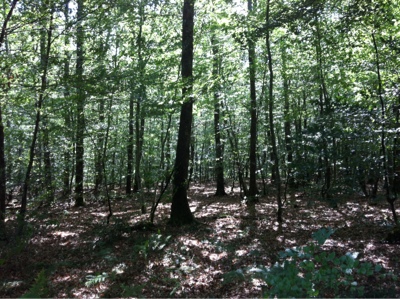 Posted by Carolus Peregrinator at 09:13