As I left Orleans for Beaugency, I walked at the pace of the river to the rhythm of the children's song.

All day long the Loire was on my left. Some of the willows on the bank were dead or dying under the stranglehold of the mistletoe. At times I walked past little backwaters away from the main flow, and expected to see Rat and Mole messing about in boats.

To the right were parks, campgrounds, backyards with barking dogs, the occasional chateau, fields of barley with the wind wafting across in waves, and even a lonely fisherman in a narrow lagoon.

It was a day of dogs. First, a succession of poodles followed by their masters and mistresses, gruffling and scuffling and snuffling along, enjoying one another's company.

And then from behind a fence, larger mastiffs, hurtling towards me, "Avaunt, thou scurvy knave. Begone!"

But dogs are usually friendly when they are out walking with their master. I met some happy labs who had been swimming in the Loire. One looked at me hesitantly, and when I clicked my tongue, bounded at me and smothered me in kisses. Or would have done, had his, or her, master not rescued me.

It is difficult these days, for obvious reasons, to tell whether a dog is male or female. Frequently, I say "he" and am corrected to "she". And vice versa.

I remember once in Brittany encountering a dog whose identity was not in doubt. He had not been neutered, and was walking about town with his mistress. They made a curious couple. She was quite beautiful, but he was by no means handsome. His testicles did not hang true, but were twisted and stuck out at an odd angle, without any covering of hair to protect his modesty. How the village lads must have laughed! I often wondered whether she was aware of the spectacle and indifferent to the ribald comments which must have followed, or was deliberately flaunting her dog's unfortunate appendage, secretly amused at the puerile sense of humour displayed by the male population. I felt sorry for the dog.

Dogs come in all shapes and sizes.

Next I met an older dog of indeterminate ancestry who had also been in the water. Her master and I fell a chatting, and when I asked for directions to the nearest bar, he invited me to join him for coffee at his house. He, like everybody else I meet, knew people in Canada. His daughter was a former teacher and a trained chef, and was now cooking for workers at a mining camp in the Yukon. How they must love their meals! He took me on a tour of his garden and introduced me to his pet chook. His name, not the chook's, was Jean-Francois Legare. A very common name in Quebec, he said, but rather rare in France. It was a very pleasant interlude.

I am staying tonight in Beaugency at another cheap hotel, the Auberge Maille D'Or. Even at $39, it's not the cheapest -- the kind lady in the tourist bureau hinted that I might not like that one -- but it's comfortable and has character. I am up in an attic in what would have once been the staff quarters, with wooden beams and sloping roof. 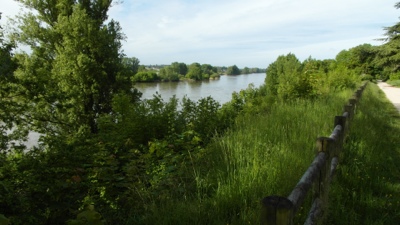 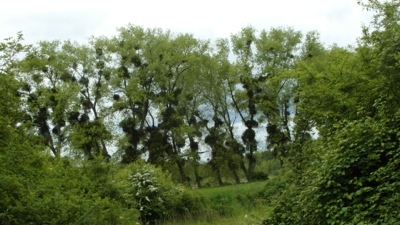 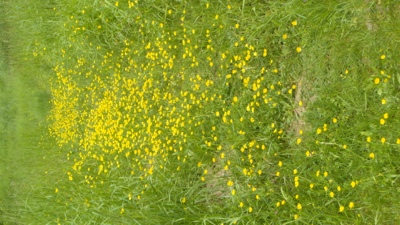 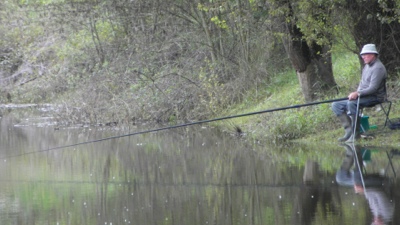 Posted by Carolus Peregrinator at 22:34