There were tiny little ants running around on the floor of the church hall where I had spent the night. Perhaps they were Argentine ants. They didn't smell.

When I was a child, Perth experienced an invasion of Argentine ants. My father taught me always to squash an ant to see if it smelled. If if did, it was all right, it wasn't an Argentine ant. I'm not sure why they were such a threat. Perhaps they would eat us out of house and home. An even greater threat was the white ant, the termite. It would eat your house and home. When I was young, back in Oz, if someone stole your girlfriend, you were said to have been white-anted. An effective metaphor, if you think about it.

As I walked out, the sun was lighting the furrows of a newly ploughed field.

I arrived at the little hamlet of Ouestreville. I chuckled at the notice next to the gate of someone who obviously didn't like dogs. (Scroll below to the second photo.) I thought about what I would like to do in the dead of night. But I had to move on.

I passed between a battalion of wind turbines and a line of high tension towers. Triffids and tripods about to do battle. The larks began to sing again. They must have sounded bittersweet to the soldiers on the great battlefields to the north. When they could hear them!

A tiny bird, their song fills the air. Too small to glide, they flutter frantically to keep their place against the wind. How can they sing so beautifully when they have to devote so much energy to staying aloft? No wonder they are celebrated in music and poetry, perhaps the most famous instance being Romeo and Juliet's arguing over which bird of song the have heard:

ROMEO
It was the lark, the herald of the morn,
No nightingale. Look, love, what envious streaks
Do lace the severing clouds in yonder east.
Night’s candles are burnt out, and jocund day
Stands tiptoe on the misty mountain tops.
I must be gone and live, or stay and die.

The nightingale is the other bird I long to hear, but it may be too late in the season. I did hear one once on the Chemin du Puy.

The villagers of Oinville-Saint-Liphard seemed to have surrendered to the triffids, for the turbines were planted in their midst. It was probably a way of paying the bills. Most little villages I pass through can afford to open their mairie for only a few hours each week. And of course, the commerce has all gone.

When I arrived in Toury around lunchtime, anxious for my first coffee of the day, I found a market in full swing in the centre of town, and I couldn't even squeeze inside a nearby bar. I found another down the street on the corner of the road that leads to the railway station. I mention the location only because I was received most hospitably, and was able to take advantage of their Wifi.

After trekking another five or six kilometres and reaching the village of Tivernon, I was ready to sit down on a bench in front of the church. But as my old friend Rod Halcombe's father used to say on the ABC's Sporting Roundup when Claremont had been expected to win the footy, "Such was not to be the case." There was a bench, but no boards! Were they trying to discourage a sedentary life style? I walked a little further and came to another bench. This time there was one plank, out of three, and no back. The others must have been taken by someone as thick as two planks. Why the boards had been removed from the benches in this village must remain to me one of life's little mysteries.

As I neared Artenay, I came upon a twentieth century folly, the aero train line. In Victoria BC, we make fun of the bridge to nowhere, an overpass abandoned when the developer ran out of money. In front of me was an 18-kilometre viaduct to nowhere, a track on concrete pillars built in 1969 to test a magnetic levitation train, and eventually to carry a fast service between Paris and Orleans. It was abandoned when funds ran out and the TGV became the accepted model. But the track remains, and will probably remain for a thousand years, since nobody has the money to pull it down. Something for future historians and archaeologists to talk about!

The hotels in Artenay were closed, but I found a thriving motel up on the highway. It was cheap and comfortable.

Now I didn't get lost today. Well, perhaps I missed the odd turn and put on an extra few metres here and there, half a kilometre in all at most. But I walked 38.5 kms, instead of an expected 30.5. Were the authors of the guide measuring as the crow flies and not as the pilgrim walks? But tomorrow, it's a short walk into Orleans. I hope. 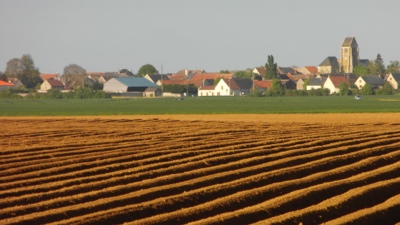 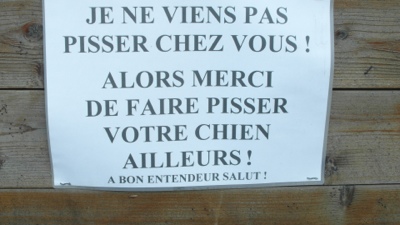 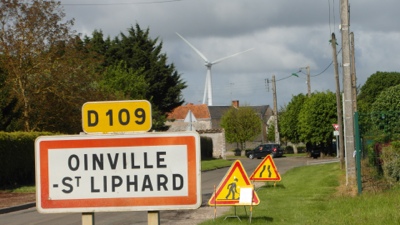 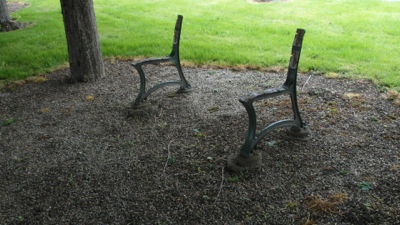 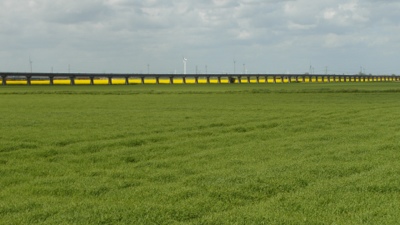 Posted by Carolus Peregrinator at 11:37