Oh dear! Oh dear! I shall be too late.
As I left my hotel, it was raining on the tables where I had drunk my coffee yesterday morning. Winter had returned. I had breakfast inside.
As I walked out through the suburbs, I suddenly noticed a funny, furry little creature coming towards me with an odd gait. It sniffed at my feet. What was it? A dog? A cat? No, it hopped. it was a pet bunny. It hopped away onto the road, and then after a near miss, back onto the footpath and into a front yard. It was going to get run over. I rang a couple of bells, hoping to find someone who knew something about it, and just when I was despairing of finding its owner, a woman drove up, stopped her car in the middle of the road, leapt out, and said in a panic, "My rabbit, my rabbit!" She was in a hurry, and was almost too late.
I had a coffee at Fontaine le Compte, and soon after that, ran into construction again. The detour took me down the main highway, and then back onto the trail. For the rest of the day, I walked on dirt roads through woods and fields.
Unfortunately, the track was wet after the rain. In places, it was a muddy puddle; in others, it was a bog. Sometimes, it was difficult to get traction on the slippery surface. Sometimes, I had to wade through the long grass. In higher places, the footing was firm.
The weather was as varied as the condition of the track: storm clouds, then patches of sunshine, then sudden squalls, then rain, and even hail, pounding on my Tilley hat like gravel on a tin roof.
I passed a large field of peas. This time, they were in flower. Next time, in a week or two and further south, perhaps they would be ripe.
All across the fields and in the woods, I noticed little platforms built out of two by twos to raise up the hunters so they would get a good shot at the deer or wild boar.
Everywhere I walk in France, I see references to the hunt. "Chasse Inerdit" or "Reserve de Chasse". These do not mean that hunting is forbidden, but that you can't hunt there unless you belong to the hunters' association that has the rights to the land. Another sign is quite common as well: "Reserve de Chasse et de Faune Sauvage". Naively, I used to think that this meant that the deer were protected, and indeed they are, until a certain time when it's considered necessary to cull them, and then, the same association will shoot them down.
Actually, "chasse" is a misnomer. There isn't any "chasing" involved, just as there usually isn't any "hunting" in an English hunt. Indeed, the chasseurs don't move at all. Instead, they sit on their stands,  absolutely still, and blast away.
Unlike other villages on the rivers and streams, Lusignan is on a hill. When you finally arrive, you still have a killer of a climb up to the old centre. I was too late to explore much of the town. I walked by the 19th century halle, and I visited an impressive Romanesque church.
Tonight, I am alone in a very fine gite, three rooms with two beds each. 8€. 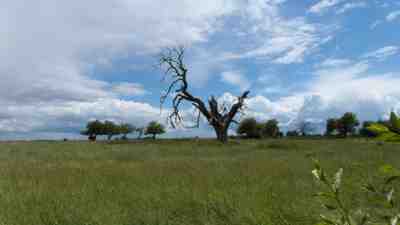 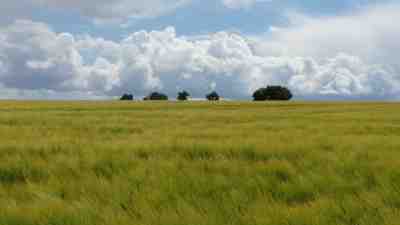 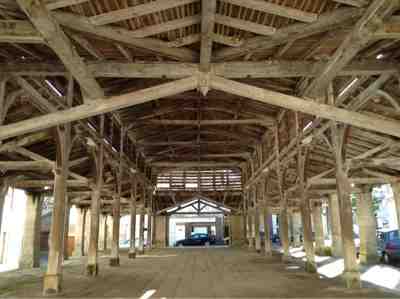 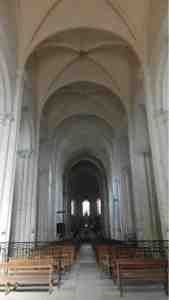 Posted by Carolus Peregrinator at 22:25