And on the seventh day thou shalt rest.

I ate a reasonably priced breakfast at the hotel, or rather the superior hotel across the courtyard, with coffee made by a person and not the machine which is becoming more common in cheap hotels.

I should explain that when I asked if my hotel had Wifi, I was told, no, but the hotel across the way did, and for 10 euros more I could stay there. Or I could have the code and stay here and use theirs. Which I did.

My hotel sits on la rue de Bourgogne, an ancient Roman road that stretched between Burgundy and Chateaudun. In medieval times it separated the ecclesiastical and bourgeois areas from the artisan quarter. And in a way it still does. To the north lie the cathedral and the banks; to the south, the university and the little bars and restaurants.

I was enjoying my croissant when a lady arrived with the pungent pong of French perfume. My head began to ache and I had to leave. She wouldn't have been welcome at the Victoria Choral Society.

I walked down to the Loire between a church and a stone wall with a magnificent wisteria vine. I was almost swept away by a scramble of students, not creeping like snail, but hurrying quite willingly to their Catholic lycée. What it must do to their spirit to live and work in such beauty!

Wordsworth wrote of the part played by nature in the formation of his character. The same is surely true of the architectural environment.

Fair seed time had my soul, and I grew up
Fostered alike by beauty and by fear

Happily, for these students in this institution, there was no longer any fear.

This was not a cultural visit. I gave the museum a miss, and after the cathedral, spent most of the day strolling around the vieux quartier and enjoying the ambience.

On a rooftop, pigeons were huddling together for warmth. A little child toddled towards me on the cobbled street. A street musician plucked at his guitar. Between the multi-coloured, half-timbered houses, I caught a glimpse of the cathedral spires.

The cathedral is magnificent, of course, gothic, with a long nave, and a choir almost as long, presided over by a painting of Jeanne d'Arc. I was almost alone on both my visits.

The burning of Joan of Arc at the stake by the English was not their finest hour. It is recorded and remembered everywhere: what happened and who did it!

I wore my hearing aids today for the first time. I hadn't needed them when I was walking and talking to myself, and they wouldn't have worked in the wind anyway. Suddenly, the world was much louder. The booming of the church bells shook me to my very core, and the clanging of the bell of a tram coming up behind me made me stumble into a flower bed.

For the next few days, I will be walking along the bank of the Loire.

I will let the pictures speak for themselves. 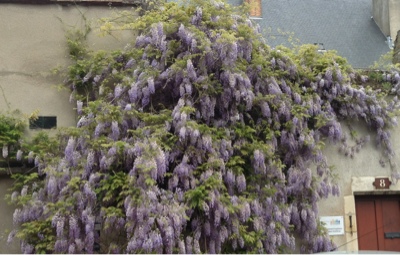 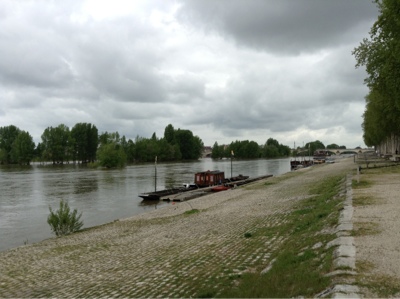 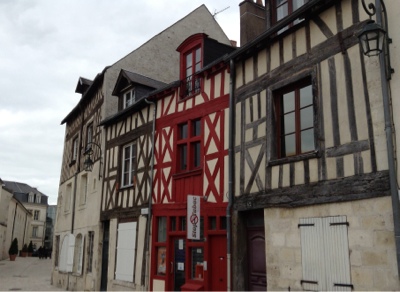 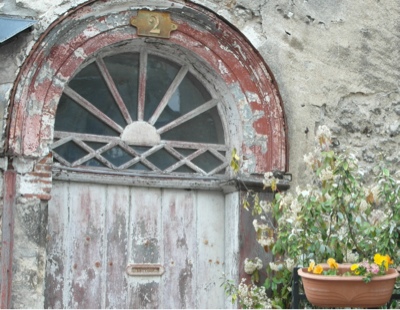 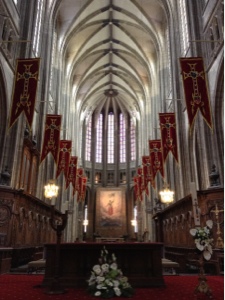 Posted by Carolus Peregrinator at 22:41