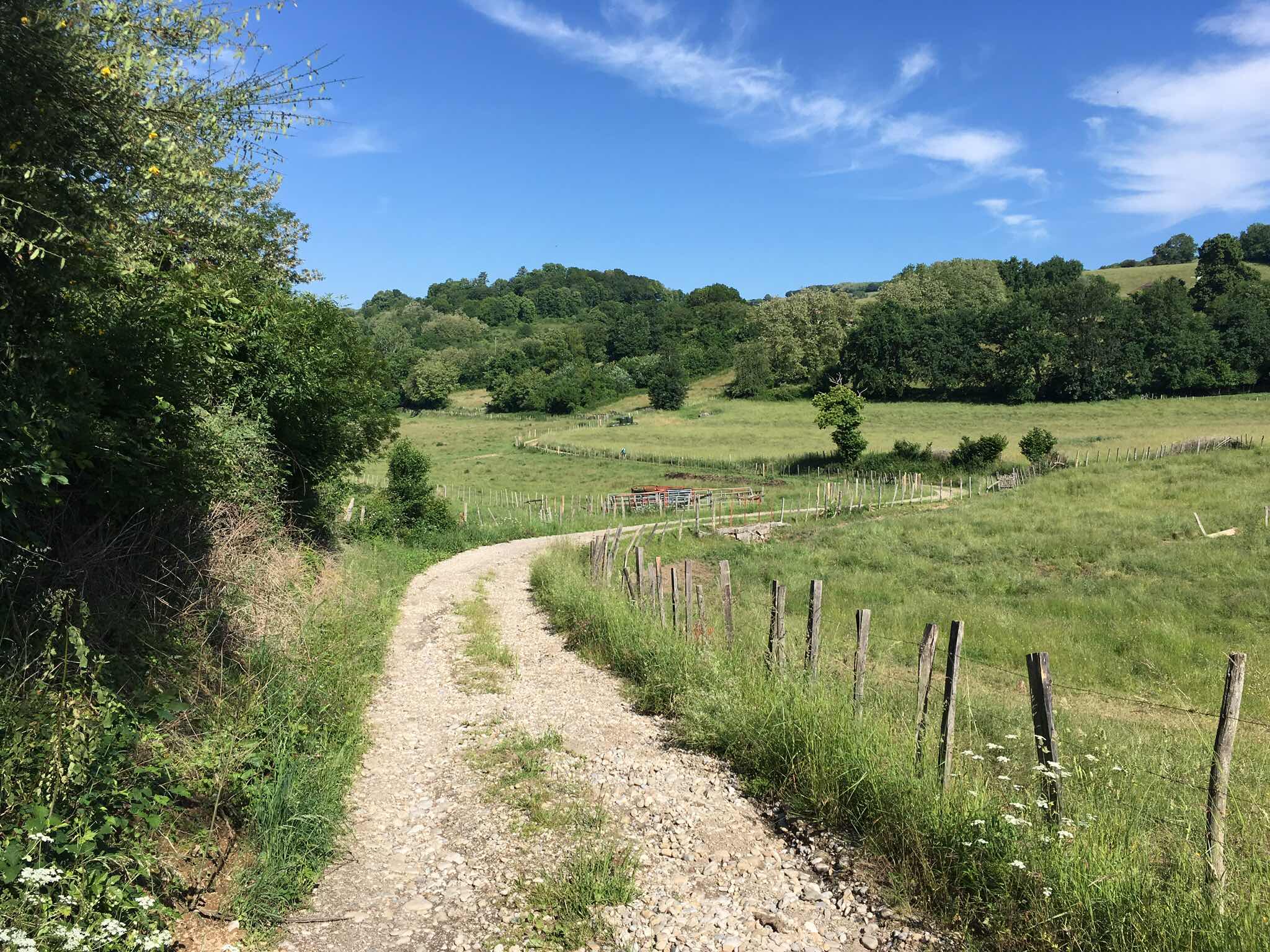 Very spartan accommodation Chez Danielle. The meals were simple fare indeed. She was lactose intolerant and shunned animal products, so the entree was raw grated carrot, the main course, a vegetarian quiche, and the desert, a kind of apple jelly. For breakfast, there was no butter for the bread; in fact there was no bread at all, just nuts and rusks and those circular white rice things.But it was probably a healthier meal than the night before and vegans would have loved it. If you like simple fare, then I recommend Chez. She was a most genial hostess. And although Carnivorous Alain from the night before gave us her name, i can’t imagine that they socialized at all. Neither could eat at the other’s house.

I noticed in the livre d’or that Lorna from Victoria had stayed there.

Heidi asked me at dinner last night what Canadians thought of Trump. I said that 80% to 90% of Canadians would dump Trump. I hope I was right. From there, the conversation turned to the rise of right-wing nationalism in Europe and its possible consequences, problems far from the idylls of the Camino.

After a second breakfast at the bar opposite the church down the road from Danielle’s, I rejoined the rural road running along the valley. Several kilometers later I passed a church, then a chateau, and followed a farm track running above and parallel to the road.

Myrtle, Ethel and Agatha gazed down on me as I walked past, wondering why I wasn’t up there with them enjoying the sweet grass. I wondered that too. I think we underestimate cows. 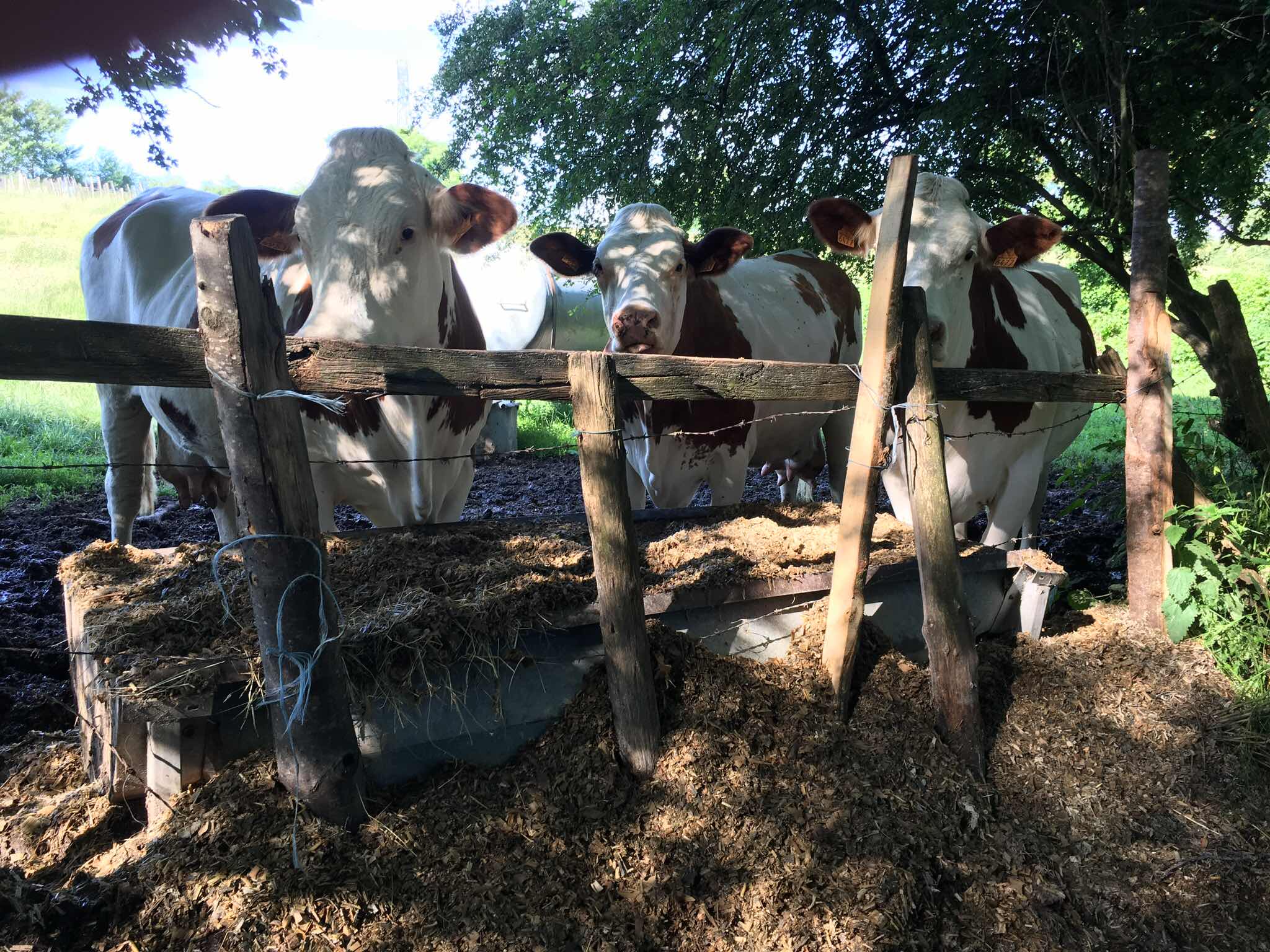 I passed a cemetery and noticed the huge tombstones towering above me. The quick and the dead. Around noon I came to the bustling little town of La-Cote-Saint-Andre. With its vieux quartier, this would have been a good town to visit, but it was too early to stop.

I wasted half an hour seeking a little towel to replace the one I had left behind (another one). Someone sent me to the petit Casino but they didn’t have one. Just as well really, for it was quite a large little supermarket, if you know what I mean, full of shoppers, with only two check-outs open. The lines extended to the back of the store, and had I joined one, I would just be going through now.

I walked on alternating between minor roads and rocky tracks leading from one to the other. I noticed a field of poppies, traditional red ones, but some yellow ones as well, rather like our Californian poppies. 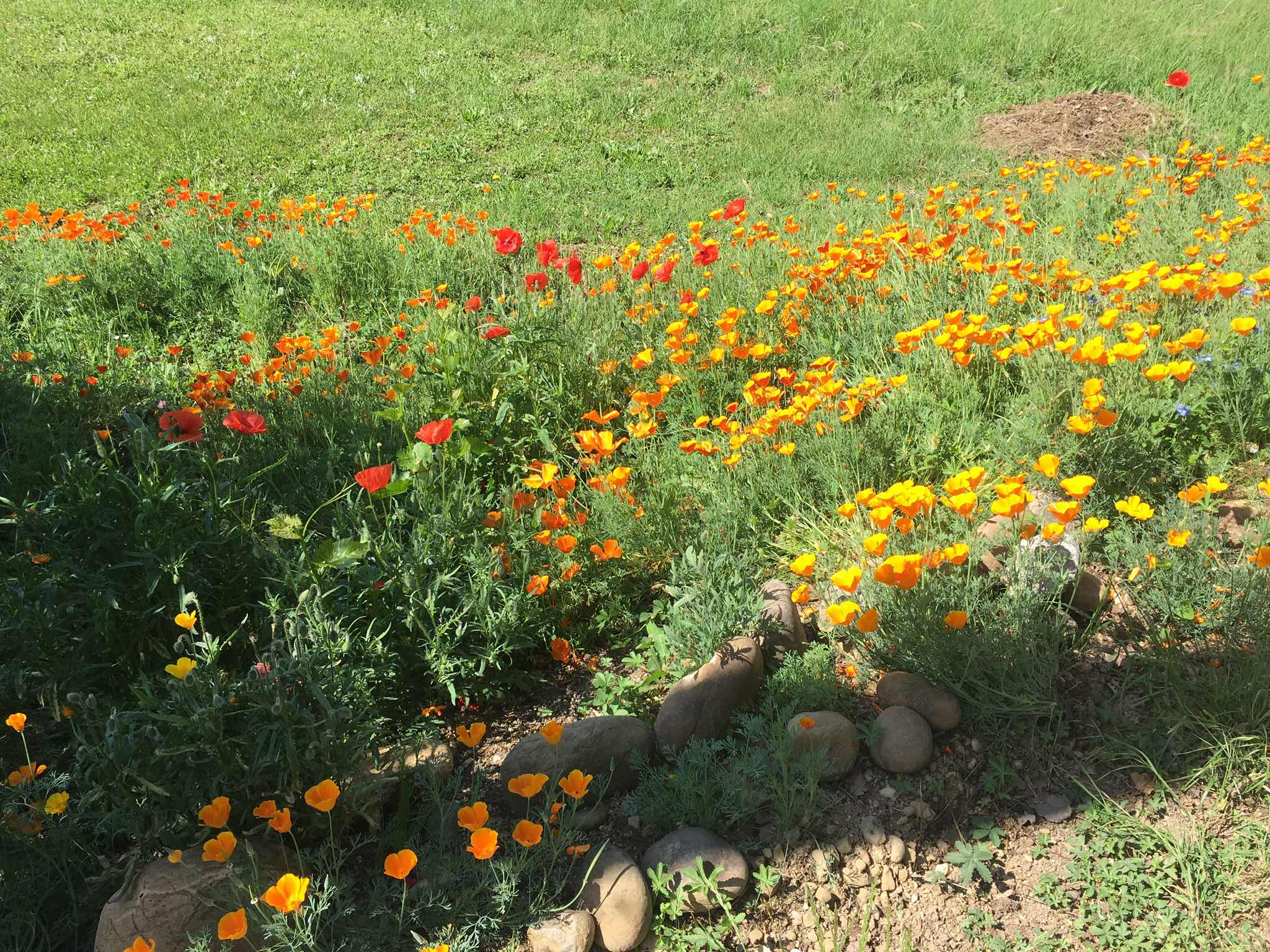 Just before Faramans the trail passed into one of the most beautiful parks I have  ever seen I walked around a large lake where a couple were contemplating going for a dip. And on into the woods where streams ran hither and thither crisscrossed by little wooden bridges. People were picnicking in the open places, and people were playing tennis on the courts in the distance,

I left the park, walked into town, just as a bar was opening. I was intending to walk five kilometres further, but I was tired and the day was hot. Along with Philipp and Heidi, I am staying at the Gîte à la Ferme, just past the church. A wonderful place! More tomorrow.

Posted by Carolus Peregrinator at 23:16