May bites of angels put thee to the test 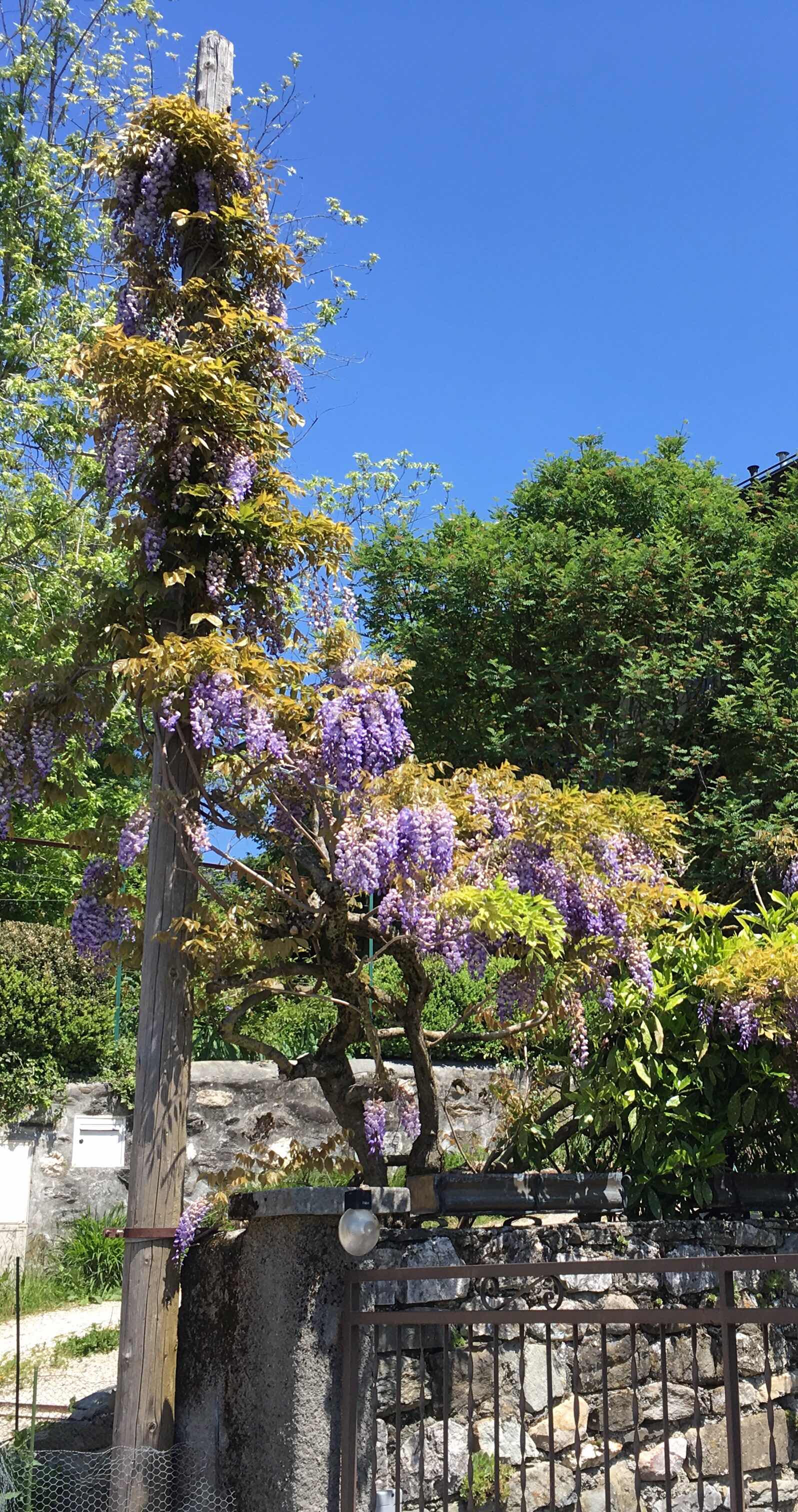 I have finally bade farewell to my sausage from Lyon. I gave its remains a decent burial.

I am perhaps in the minority in preferring Lawrence Olivier‘s Hamlet  above all others. I can see him now, saying to Horatio, “Nay, let’s go together.” A good motto for the Camino.

This was an easy day, most welcome after the travails of yesterday.

I didn’t manage to leave town until 9:45. As I crossed the bridge, I noticed the water below, raging down a concrete slip, fed by yesterday’s storms. Buffeted by the current, a stranded log struggled to be free. I followed a minor road along the bank of the river for four or five kilometres.

For those of you who are into apps, I had been using maps.me, which uses the phone’s GPS and not cellular data. But Philipp the Swiss put me on to Osmand maps which allows me to import a hiking trail. I open the app and see where I am, relative to the Via Gebennensis. So I will never be lost again. Marvellous! I know, some will say, learn to read the map and follow the signs.

Speaking of gadgets, and forgive the dangling gerund, my watch is full of glee as it congratulates me each morning for doubling or tripling my movement goal.

I left the river, crossed over a motorway, and walked up hill, bypassing the village of Romagnieu.  On through a cluster of houses, through the forest, along a minor road, past a few farms, and then down into a gentle valley through barley and hay fields.

I passed a l’avoir where the water was so muddy it would have turned all the clothes brown.

Mummy, why are my clothes so dirty? Because I washed them, darling.

Up a grassy track, through a couple of hamlets, and on to the town of Les Abrets, where we waited several hours, for our host wouldn’t be back at his gîte until five o’clock.

We are staying at a Chambre et Hôte Pèlerin - Le Juvenin (Alain et Flo Chevaux) recommended by my friend Richard. It was three kilometres after Les Abrets, and according to the description submitted to the guide, 300 metres off the Chemin, but the signpost said 500 metres, and my watch 620 metres. I was just confirming my belief that the French always underestimate the distances to their establishments, sometimes outrageously.

Posted by Carolus Peregrinator at 23:29