Oh for a draught of vintage
Today, I visited visited various sites associated with the medieval pilgrimage. I was given a personal tour by my old friend Marie Jo whom I met on the Camino Frances a decade ago. We visited the Basilique Saint-Seurin, the Cathedrale Saint-Andre, and the Basilique Saint-Michel, timing our visits around the mass in each church. In this way we were able to get into these city churches while they were open.
I was rather surprised to find that all three services were well attended. The churches were by no means full, but there were perhaps a couple of hundred in each, and some young people among them.
In the photo of the carving above the door at Saint Seurin, Saint James is on the left, holding the staff.
Bordeaux is situated on a bend in the Garonne River. The name has evolved from the original Gallic Burdigala, which meant "half moon". Around this half moon, stretch several kilometres of magnificent buildings connected with the wine trade and all the nautical affairs associated with it. Undoubtedly, some of them were involved in a trade for which Bordeaux is less well known, and less inclined to boast about, the traffic in slaves. Bordeaux is the Liverpool of France.
Like Paris, Bordeaux is essentially a well planned 18th century town with grand avenues linking the different quarters. Of the middle ages, only the churches, various gates which once allowed entry through the city walls, and little winding streets away from the main thoroughfares, remain.
In the afternoon we visited a wine museum and saw everything involved in the making of wine from bungs to barrels to bottles. I learned that the Bordeaux wine region comprises five separate regions, each producing a different wine because of the different soils. Apparently, the wine from the poorest soil can be kept the longest, whereas that from the richest has to be drunk within five years or so. When I get home, I had better get stuck into those bottles that have been sitting in our garage for a while.
Apparently a young wine should be decanted; an old wine, never.
Included in the price was a tasting, and I was looking forward to this. We began with a white, which I sipped and then discarded. It was a tasting, not a drinking, said our guide, but I was saving myself for the reds. We tasted a rather light red, and I was just settling in for what was to follow, when that was it. Only two glasses! A far cry from those great tastings where strangers become friends and everybody ends up singing.
Until modern times, Britain was the major market for wines from Bordeaux. I remember reading that the English produced their own wines until they tasted wine from Bordeaux. Perhaps that is why the city remained one of the last parts of France to be occupied. I was told that the Bordelaise have a reputation for keeping themselves to themselves, and that they attribute this introvertedness to their English connection.
To my mind, the most magnificent monument is the remains of a Gallo-Roman arena. As I stood there, I realized that I was at the end of the great Roman road I had walked along on the way to Poitiers.
It was a great day, and I probably walked as much around the town as I would have done on the road. 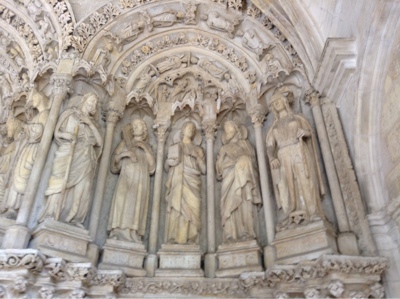 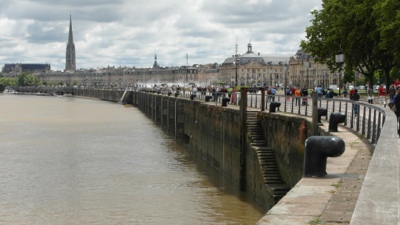 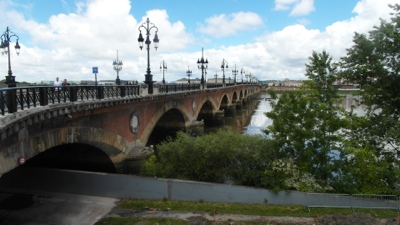 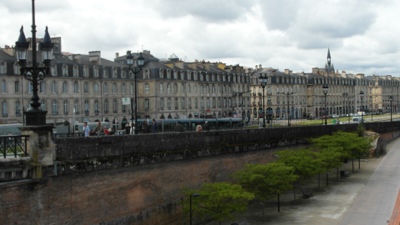 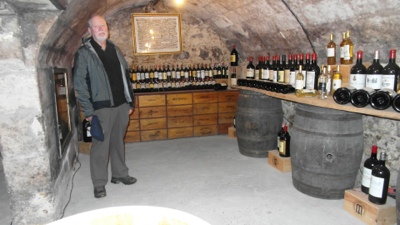 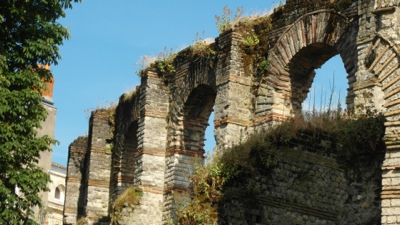 Posted by Carolus Peregrinator at 22:03