Salvete et Valete
I left the gite before eight, walked under the arch of the pilgrims' hospital, along the road, and back out onto the fields. Corn and beans, now, along with the cereal crops. And vines on the higher slopes, quite advanced, with tiny grapes forming on the stems.
A hare bounded along between the rows at the speed of light. Aesop made the right choice.
My Italian friend has gone. He has a job at Bordeaux, and had to take a train to get there in time. I would have placed him as a student, or an impecunious fellow in between jobs, but no, he is a freelance photo-journalist, who abandoned a PhD in engineering to follow his passion. He was telling me about a recent story he was doing in a Muslim country on the plight of homosexuals. I won't go into detail in case the secret police are reading this.
I wonder if the use of certain loaded words triggers off spy monitors. Perhaps I can increase my readership.
That makes three pilgrims I have met and then parted from.
I came down from the fields to the town of Saint-Genis-de-Saintonge where I had a pleasant surprise. A bar where I could have the coffee I had missed out on at breakfast! While I was there, I happened to notice a question in a quiz on the TV.  What are the three most ecologically minded countries in the world? You have a go. I'll give you the answer later.
Sitting across from me was a fellow who sounded familiar. I've heard that voice before, I thought. It was Greengrass speaking French. But there were no other Gallic cousins of the characters in Heartbeat. He didn't look like Greengrass. Nor did he blink with both eyes. But he spoke in fits and starts, and I would have recognized that voice anywhere.
Again, the barman spoke a little English to make me feel welcome. Of course, he had friends and family in Canada.
Don't be alarmed by the statue of the Virgin. I didn't pass through Syria this morning. Across the street from the bar, I noticed that the statue had been presented to the villagers by the heirs of the Marquis de Dampierre, who had inhabited a nearby chateau. I speculated. Had he been a cruel tyrant? Had he lost his head to the guillotine? Were his heirs now making amends? Or had the Marquis been a kind master and his heirs were now continuing that kindness? Either way, it seemed a fitting conclusion to a story from the past.
Something happened at lunch today. In the morning, I was a little agitated, counting the kilometres, conscious of how far I had to go, but in the afternoon, I was relaxed and walked with a steady rhythm, unconcerned about my progress. I could have walked on forever. Was it the kind words of the barman? Was it the coffee? Was it the Virgin?
After my little excursion into religious matters a couple of days ago, a friend wrote that for someone who was not a believer, I could have fooled her. But no, I am not a believer.
I had a rather lonely childhood. But a friend dragged me along to his church, and I was made to feel welcome there, and was never indoctrinated in any way. It was a good experience. So I retain a certain fondness for it.
But mainstream Protestantism was never incompatible with reason. After all, if God gave man a mind, he was expected to use it. I used it, and so did the theologians whom I read, and we agreed that the virgin birth, the divinity of Christ, and the Resurrection were in fact attributions to an ordinary man by the early Church. Those fundamental tenets of Christianity just didn't stand up to reason and research, and without them there is not much left. Ironically, and sadly, those mainstream denominations where one was allowed to think are now in decline, whereas other leave-reason-at-the-door, just-make-a-leap-of-faith groups are experiencing a huge growth.
So I am not a believer, but I still find the subject of religion more interesting than almost any other. Tomorrow, I may return to my thoughts on the anti-religion diatribe. You may want to give it a miss.
On my way to the gite I was impressed by the rugged little church of Saint-Disant. No silver candlesticks there. I guessed that the church reflected the solid, no-nonsense, humble, hard-working farming community around it.
I am staying tonight at a farm. Delightful! Chooks are clucking around outside, and inside as well where a door has been left open. A rooster is on patrol, crowing every so often to show who's boss. Cats roam around, and a young puppy, in love with life, frolics about. A donkey watches me from a nearby field. Once in a while he makes a noise like a train sounding its horn at a level crossing. And then he rolls on his back in the sun like a dog. He is rather timid, but his mate, a small horse, is more friendly. I go over and pat him carefully, he and I both wary of the electric fence between us.
And now the answer to the quiz. 1. Iceland. 2. Finland. 3. Norway. And Canada? 249th. Probably! 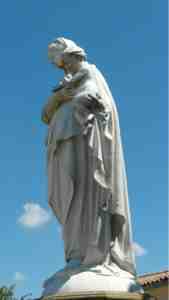 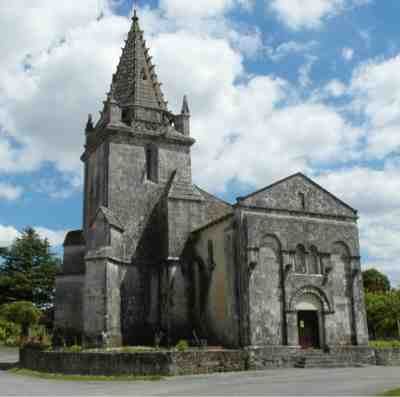 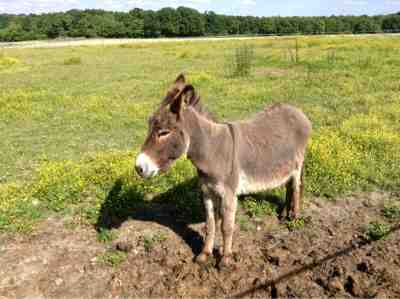 Posted by Carolus Peregrinator at 00:08