There once was a lady from Exeter,
And by chance I found myself next to her.
But her company I spurned,
When, just in time, I learned
That she was, to my horror, a Brexiter. 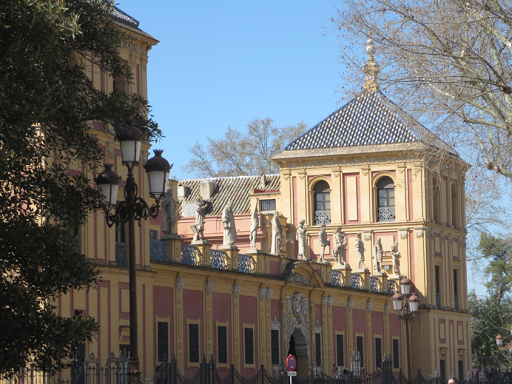 As I ordered my pilgrim's credential on line this year, I had an frustrating encounter with a computer. This is not a criticism of that excellent organization, the Canadian Company of Pilgrims, or the wonderful humans who volunteer there, but a comment on the way their employee, a machine, thinks. And I don't think it appreciates the irony of what follows.

To obtain my credential I had to open an account, and to do that, I had to create a password. Not any password, mind you, but one "strong" enough to thwart a Russian trying to hack into my account to order a pilgrim's badge or the new green folding credential without paying his membership dues.

How many hours are wasted on passwords, creating them, recalling them, remembering which one is used where! To create a password, one has to steer between the Scylla of predictability, and the Charybdis of impossible recall. The human prefers something like abcdefgh; the machine, #*^+~<¥%<.

I began with my regular password, a clever combination of a date and event known only to me. "Weak," was the response. "Try again."

I tried again with the name of an unusual flower, even misspelt, to make it more difficult to guess. "Weak," said the computer. "Try again."

I dug deep into my past and came up with an ingenious combination of numbers, symbols and letters: the percentage I had earned in a particular subject in a matriculation exam in 1958. "Weak," said the computer. "Try again."

Frustrated by now, and just to see what would happen, I tried what is considered foolish as a password by mere mortals. I entered my street address. Success at last! So here I am with the first stamp in my credential at the Triana Backpackers' hostel in Seville.

To get here: Victoria - Toronto - Frankfurt - Madrid by air, and train to Seville. Lots of room on the overseas flight, and scotch, for unlike a certain store in the Cook Street Village, AIr Canada has realized at last that saving a few bob by being stingy is not good business in the long run. From Madrid Airport, at the bus stand just across the street, I took the yellow express to Estacion Madrid Atocha. About a 40 minute ride. Best bet I think. Cheaper than a taxi at five euros, and simpler and quicker than the metro. I allowed three hours between the arrival of my flight and the departure of my train, and arrived at the station with more than a hour to spare.

I remember the railways of northern Spain fifteen years ago: rusty rails with weeds along the tracks, lonely stations and trains not in a particular hurry to get anywhere. Not so the AVE, the fast train from Madrid to Seville, with a long nose and a top speed on this trip of 270 kph, according to the display in our car.

I walked the three kilometres from the station to the hostel through the winding streets and alleys of the old town. Even Sheila, Siri's Aussie cousin, got lost.

In the evening, I ate tapas at a little bar recommended by the hospitalier. I was back in Spain. A game was on, and men, mainly old, serious, with round bellies and round faces full of character, stood watching the game, interjecting loudly as someone scored, almost scored, or should have scored.

This morning, I had breakfast with Patrick from Exeter and Paul from Leicester.

Patrick is an ancient Briton with a shag of white hair, wrinkled face, and grisly beard. I am always delighted to meet someone older than I on the Camino, and surely he had a good few years on me, but when I ventured bold enough to to ask I found that we were the same age. Hmm. We talked about experiences on long-distance walks in England.

Paul is a former teacher and software entrepreneur. We shared memories of Leicester, and agreed passionately about the madness of Brexit.

Early morning in the old town was idyllic, cool in the shade, gently warm in the sun. Silent trams glided along the Avenida de la Constitucion, along with pedestrians, bicycles, and horses and carriages. And the little side streets took unexpected turns hither and thither, opening into plazas lined with orange trees.

I have noticed only a few of the plane trees typical of northern Spain, and in their stead, some palm trees in the open spaces and huge exotic figs, some with roots descending from the branches like the Moreton Bay.

O that we had the courage in Victoria to take a busy street, get rid of the cars and trucks, and turn it into a pedestrian and bicycle way with trams along the middle!

A "free" walking tour turned out to be free to give what you like, as long as it was substantial, for these tips were his wages and he was dependent on them. At least he was up front about it. At the end of the tour of about two hours, I slipped him a five euro note and I think the others followed suit. There were five of us, so he didn't make a fortune, but in the season with lots of followers he would do rather well.

I thought about the psychology of the "free" tour. He could have advertised a fee of five euros, but then this would have been an explicit demand for no more, no less. This way he would benefit from the generosity of rich Americans but still attract misers like me who couldn't really complain to ourselves about being misled because he announced at the beginning that he expected to be paid.

By mid-afternoon in the heat I was tired of the city and anxious to get on the road.

Tomorrow, I begin walking. I have been a little apprehensive about starting from Seville in March, especially after my friends Judith and Jurgen told me about having to abandon a walk at this time several years ago when heavy rains turned Andalusia into a swamp. Statistically, March is the wettest month. But I look at the weather app on my IPhone and see an extended column of golden suns. Or I did! I just checked again, and for next week, the suns haver turned into rain clouds. We shall see.
Posted by Carolus Peregrinator at 12:56